I caught up with †13th Moon† in Lisbon at the Drop Dead Festival 2008, where we did this interview in person. NAO did most of the talking and NC35 stood by and gave Japanese answers while the ladies stood aside, too cute and emabarased to speak English. Across from us, Eddie Branch from UK Decay was barbecuing burgers. Polina was threatening the staff with a huge slab of salmon, and the Cinema Strange Ribiat brothers were horrified at the meat slinging going on but content with a bottle of Port wine.

Mark:Where does the name †13th MOON† come from, how is it significant?
nAo:†13th MOON† is from old Japanese tradition, It's originally from Chinese tradition I think but anyway. In the old calendar, we have about 26 beautifull moons in a year. We're told that the 15th moon is the most beautiful moon. And then the 13th moon is the 2nd beautiful moon. And also we're told that The 13th moon has sinister power. It invites you to the dark side. That's from old tales. So that's why we're named †13th Moon†, because we invite you to the dark side, haha. And crosses besides of 13th Moon means our fate. Playing deathrock is our fate so.

Mark:So for Japanese, †13th Moon† lets people know they can expect horror.
nAo:Yes, its like that. People have something inside, good things and bad things, light and dark. We mean we wake up your dark side.

Mark:If someone wasn't familiar with this reference, would they still have that impression?

nAo:Yeah, I think so. 13 is an unlucky number, like Friday the 13th, and the moon naturally refers to the dark. I like the moon better than the sun!

Mark:Yes, that's where I see it, but its fascinating to learn about a new perspective! What is it like in Japan doing dark music?

nAo:Well, doing dark music in Japan is kind of rare, I mean there are a lot of dark ROCK bands, but dark PUNK or gothic punk/deathrock is still obscure (not so known) in Japan. We have strong punk scene and good psychobilly scene, but we have no deathrock scene yet. There are only a few bands playing dark punk music, that's what we want to make it bigger. And also Punk scene and psychobilly scene, and post punk scene are separated in Japan. But I want to break that wall with our music, you know? Actually I have been a punk for over ten years before doing this kind of music. When I was a punk, I was in a punk band and we made music that was very straight-forward. But then I also really like Christian Death and Bauhaus, stuffs like really dark music. So I wanted to start new band, and with †13th Moon†, I can make it more dark. I like old horror movies and stories like Grimm Brothers, etc. I have a big imagination. I explain what I feel and things from my imagination. Its not confined to "Live your life!" or Oi/street punk. I was like that, but with †13th Moon† I've found a way to write dark lyrics and express more creative feelings, like my influences from movies and horror in general. It can also be more melodious music!

Mark:Are you alone in making this kind of music in Japan?

nAo:Not alone, but only a few. Japan had a gothic punk movement in the early 80s. We called it "positive punk". It was a kind of big movement then. But in the 90s, it almost died. Now, the 80s punks are reuniting. One band called AUTO-MOD, they are still doing it, and also Madame Edwarda reunited and and keep going again. Now, we are the new generation of gothic punk and deathrock. But people never used that term before us, they used positive punk (or, in the Japanese way: 'posi-punk'). We are first, or 1 of the first to use "deathrock" in Japan.

Mark:Are there other bands to play with?

nAo:We have good friendship with the band called lloy, and Darkside Mirrors, they make really good and beautiful dark punk/alternative music. But usually we play together with punk or industrial bands. I want to show the people that gothic music must have punk roots. But gothic music in Japan is all industrial, ebm, Marilyn Manson music. That's not my idea of gothic. That's why we want to play and show the people that gothic punk is different.

Mark:What kind of influences do you have, both western and eastern/Japanese?

yoHei: My favorite bands would be...in punk, Ramones, The Clash, Generation-X, X-ray Spex, and Zero Boys, and my favorite dark band is Siouxsie & the Banshees. And also Michael Jackson(thriller)! He was my childhood hero! And the Japanese side is definitely animation! Like Ghost In The Shell.

nAo: Musically? Dark bands from the 80s: Bauhaus, Siouxsie & The Banshees, The Cure, Christian Death, 45 Grave, Sex Gang Children, and then newer bands like Cinema Strange and Eat Your Make Up. Also, AUTO-MOD, Madame Edwarda, Phaidia. Those are Japanese 80s music. And a lot of punk rock influences, my favorite is The Damned, but also love Killed By Death-ish Punk and New Wave stuffs. I have a punk spirit a lot! But my world is influenced by old movies, like Halloween, Texas Chainsaw Massacre, Tales From The Crypt comics, Beetlejuice, and also a bit of Batman, particularly the Joker! I like dark heroes, I like Batman and Spiderman better than Superman you know. I actually want to be a dark hero with punk music! Also I have influences from old Japanese tales, 'kaidan'. Kindaichi (The Detective) it's a novel series. There are a lot of tales from Kindaichi. 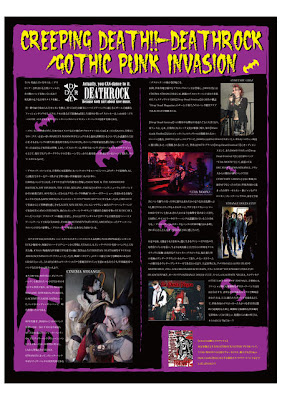 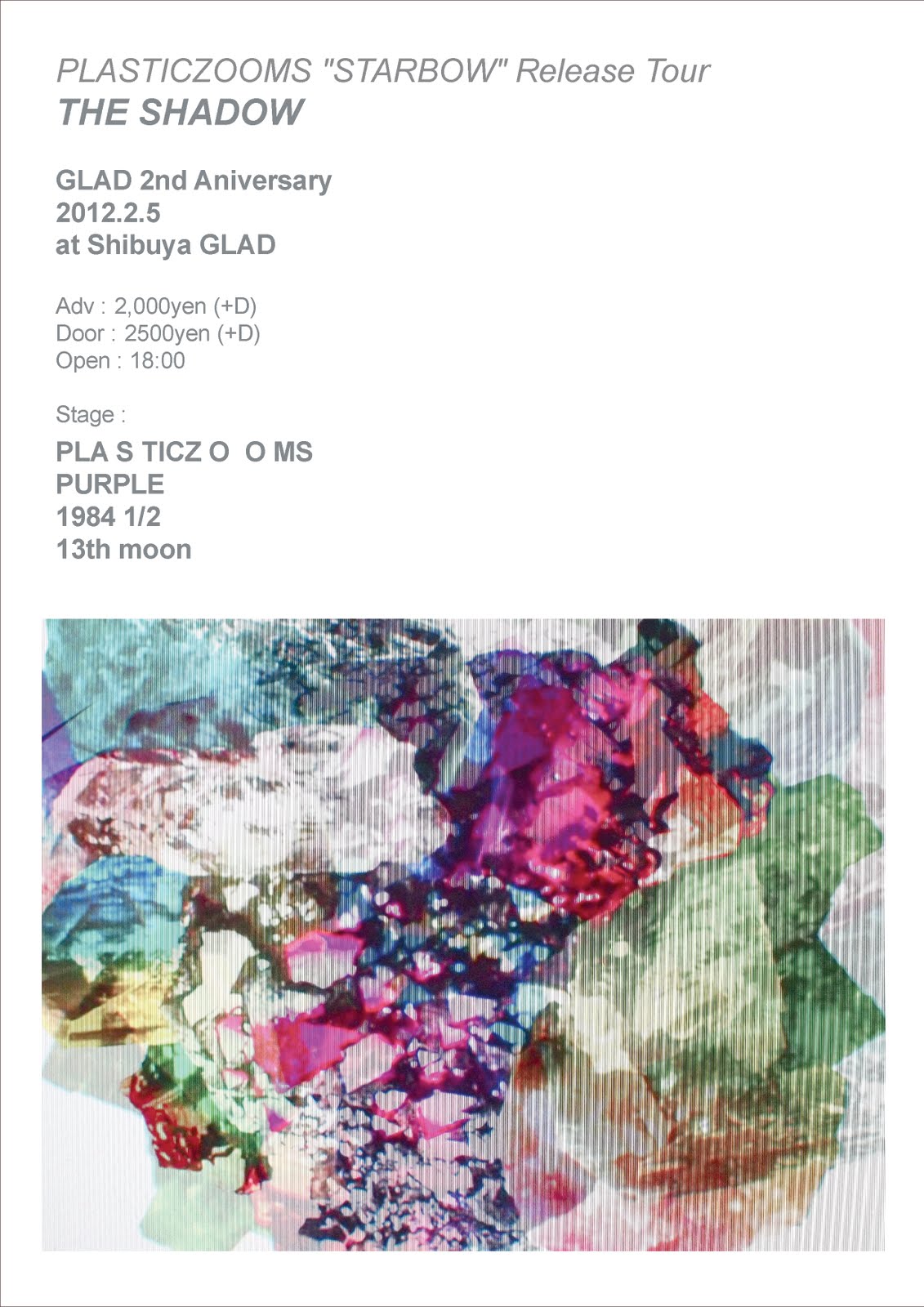 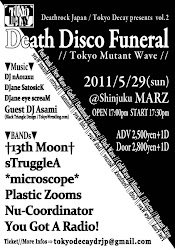 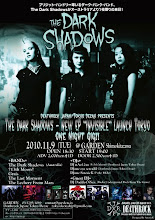 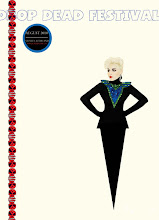 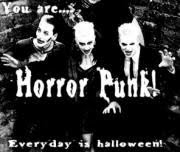 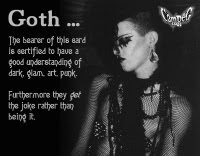 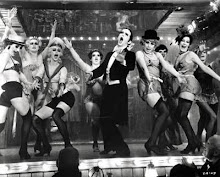 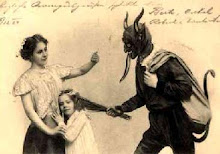 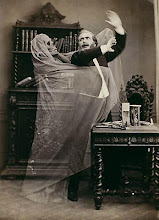 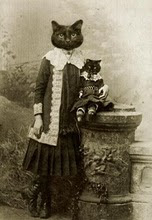 どうやってこのBLOGに辿り着きましたか？How did you find this blog?